India is a Model to democracy for other countries

India is a Model to democracy for other countries

Democracy means building the country and nurturing it with the people’s participation. Every political party should put the activities on this test. Our Indian parliament evolved on this basis which is reflected in the Constitution of India. The political party Governance is closely scrutinised by the all parliamentary party representions in various Parliament Department related committees , House committees ,adhoc committee numbering around 60 are working . They are , not only working but also managing in certain areas . Take for example Parliament Buniess Advisory committee is running the house by consensus. Selection of various statutory bodies’ heads’ are done by the leaders. Hence democracy is in vibrancy by practice. Look at the performance of India rather than Political party .The political parties in governance in india before 1993 are solely responsible. Now it is evolved into joint responcebility for all Parliamentary Political parties. This is the real democracy in Governing all the three wings of the State in development of the Nation.

The general elections are endorcing this joint exercise and identify the more active political parties in either side and allow them to be in the governance side.

If you look at 2009 election results people assessed in subtle manner to give more numbers to Congress but reduced BJP. The allies such as RJD and others suffered within the ruling coalition.

We will get similar results 2014 on the basis of individual Parliamentary Parties performance in using the opportunity in constructive way rather than blaming the system where they were allowed to play substantial governance role.

Take for example Department related Parliamentary Committee for Finance, Home, Foreign affairs, Commerce, Chemicals & Fertiliser, Rural Development,Assurance, PAC are Chaired by BJP while Railway,Industry, Coal & Steel, Agriculture are with opposition parties . They are having all opportunity to call all the Officials and scrutinise the performance and Report to Parliament for public notice. Action Taken Reports are to be made on the recommendations of the committees both to Committee and Parliament. Every ATR are in website of both the Houses of Parliament. TV channels of both houses are bring activists and intellectuals to discuss on these issues.

India is a model Democracy to be followed by other countries . 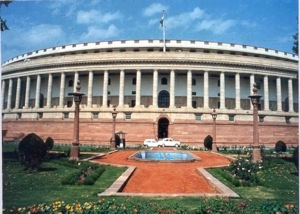 Tagged as Democracy in practice